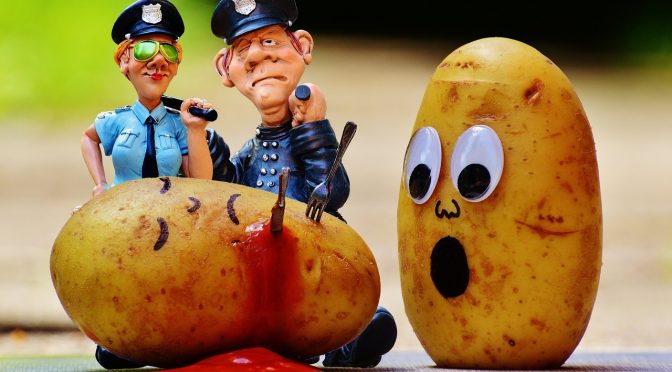 Every once in a while you encounter comments from people who don’t seem to understand the concept of God saving the world. To them God seems like an eccentric worship-crazed tyrant, who “will save you from his own wrath, if you believe in him”. And “he won’t throw you in hell if you bow down and worship him” – and such things.

I will make a simple little analogy here, how this whole picture actually is. We will make an imaginary conversation between a bottle of water and a person. We will not give him a name, we’ll just call him “Man”. I admit, this will be a bit silly, but I have to make a point somehow. So, here it goes:

Water Bottle: Hi, I would like to give you life. Will you drink from me?

Man: I don’t think I need you, thanks.

Water Bottle: Please, believe that I provide life for you!

Water Bottle: You need to believe in me or else you will die!

Eventually, our Man dies. Did the Water Bottle punish him, because he didn’t believe in him? No. Did the wrath of the Water Bottle throw the Man into hell? No. Did his disbelief of the Water Bottle’s ability to sustain life cause his death? Indirectly, yes. But really: HE DIED OF THIRST! You may say, this is silly, because “everybody knows you need to drink to stay alive”. Well, how do you suppose you stay alive without partaking of LIFE?

I will bring in another concept here. Do you remember some of these movies where people invent artificial intelligence and run a lot of things through robots and software, and eventually the AI takes over? Such movies were the Matrix, I Robot, and The Terminator Genisys. In those movies, Artificial Intelligence takes on a human form at one point and they have a face-off with the hero, usually a conversation first and ultimately a fight. And of course everybody knows that this is fiction, but I don’t think anybody freaked out and stormed out of the cinema upon seeing this concept. So likewise, please don’t freak out about the concept of Real Intelligence taking on a human form and having appeared in the world. Real LIFE decided to put on a human body, he was born and his parents named him Jesus. Sometimes I get the question from people “I believe in some higher being, but why do we have to give it a name?” Because at one point he was a human person on earth and his parents called him Jesus. Everybody has a name. You have a name.

I know, that a water bottle talking to people is silly. But in reality, the person who contains the life-giving water appeared and talked to people for a number of years and told them something the same. He manifested himself in this physical world, so we can’t even say that this is a secret. He was born, he gave a message, people knew him personally and wrote down his story. How many times does Jesus need to be born and tell us plainly how things are? How many times does LIFE have to stare us in the face so we can believe?

John, the gospel writer introduces his story about Jesus with this remark:

All things were made through Him, and without Him nothing was made that was made. In Him was life, and the life was the light of men.

It’s never been about the wrath of God and his punishment if you don’t accept him. It’s just plainly Water trying to keep you alive. This physical life is a blueprint of the metaphysical in so many ways. Water keeping your physical body alive is just a blueprint of LIFE trying to save you from gradually withering away.

Image by Alexas_Fotos from Pixabay

3 thoughts on “WHO KILLED THE MAN?”