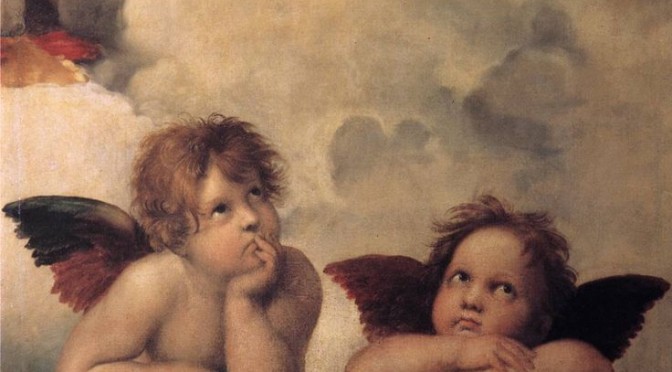 Truth is a very interesting thing. What is truth? Or better yet, what is your perception of truth? Those two can be a totally different thing actually. We usually don’t think about not being right, I guess we all think we’re right about most things. But when it comes to God, this should be a little different. What I mean is that you really have to know God very well to say that you are right about what He’s like.

I’d venture to say most people don’t think deeply about God, but when it comes to explaining why they don’t believe in Him, they seem to be pretty convinced. How is that? We make surface judgments so easily and go by what we hear and see, but hardly get to the root of things. We live in a mad rush where nobody has time to think anymore. There was a man of God who went over to the United States in the early 20th century to speak on God. He had all his presentations booked months ahead. He got off the boat, walked around in New York a few hours, noticed the buzz and the busyness and said “these people will never listen to God”. And he got back on the boat and left. This was in the early 20th century! We all know that this has just gotten worse since then.

What I’m trying to get to is that when someone says they don’t believe in God, that actually means they don’t believe in what THEY THINK GOD IS. When someone says they’re mad at God for something, they’re actually mad at something THEY THINK GOD DID. I think we all have a certain picture of God in our minds whether we believe in Him or not. Even atheists do. In the end somehow it always comes out that they have a grievance about what they think God did or said. But I can say with true honesty, most people just don’t know Him. Most of the arguments you hear actually, God never meant that way or never even did.

There can be several reasons why we have a wrong picture of God. A primary one is that His people don’t represent Him right, which is the saddest thing of all. I am meaning to write about religion as a whole in a later article, so I’m not going to get into it now, but I would like to say that for the most part established religion is to blame for that wrong picture. A lot of what has influenced our picture of God is rooted in the wrong perception of His actions interpreted by His own people.

It’s very difficult to express a number of major things in a short article, and I’m aware that there are many things people stumble over when it comes to understanding why God did or did not do something. What I would like you to realize though is that God may not even had anything to do with the situation you’re baffled about. God is blamed for a lot of things He had nothing to do with! If you haven’t been seeking God in your life for years and presently can’t say that you have a close friendship with Him, it is very likely that He is actually something else than you think He is. You need to spend time with somebody to truly get to know them.

The Bible says that “God is light and in Him there is no darkness”. Every good thing comes from God, and whatever is not good, I can assure you, is not from God. This is such a simple rule, yet it seems people just don’t see it. You need to know that God loves you deeply and His intentions toward you are only and purely just good.