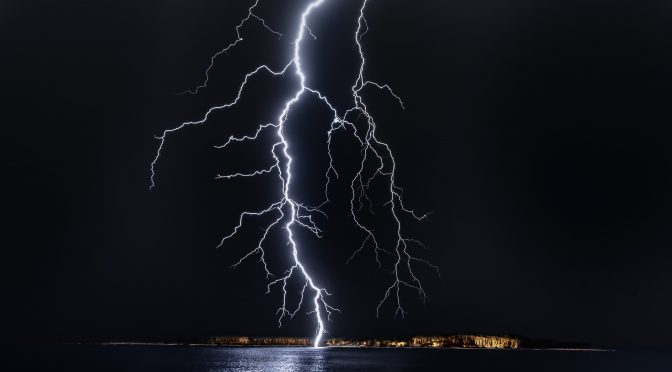 Just recently I watched an interview with a Christian pastor. He was being asked some weighty questions and at one point the interviewer said he just couldn’t understand that something as horrible as the holocaust happened and God didn’t stop it. How can God allow such evil?

About six million people got killed; the magnitude of that catastrophe is almost incomprehensible. God certainly should have intervened!

This sounds actually very logical and you would expect something like that from an almighty God. But my question is: just where do you draw the line? At which point should God intervene? Six million lives are a lot, it’s certainly worth intervening. But what if it would have been a hundred thousand? Are a hundred thousand lives not worth saving? That is still a great number, and it’s a lot of suffering. God certainly should intervene!

But what if it’s one life? Is one life not worth saving? We hear about way too many stories like that, but I’ll tell you one. A couple of years ago I read a news article about a young woman who went out jogging one evening. While she was running, she got attacked by a gang, got raped and then brutally murdered. I won’t tell you about the details how. She had a family, little kids. And one night mommy just didn’t come home. The horror of that just wrenches one’s heart. Certainly, God should have intervened!

And we hear about a lot of other things too. Cyber-bullying is a pretty recent thing for example. It doesn’t involve direct violence, but how many cases have we heard about when young teenagers took their own lives because of cyber-bullying? Are those lives not worth saving? And where does that all start? It starts with an unkind, mean thought that somebody posts on social media. God certainly should intervene with mean thoughts!

And I’m sure you’ve noticed, we’re down to the root of it all: human thought. What do we need then? Thought police? One of the greatest complaints I hear sometimes is that “Christianity is for the feeble-minded who can’t think for themselves.” Well, I think we see the exact opposite here. History proves that both Christians and non-Christians have committed a great number of atrocities. God actually lets everybody think for themselves. This seems like a dilemma: on one hand we demand divine intervention, on the other hand we want to be “free” from God. You need to realize one thing here: you exist because you have a will. If your will is not your own, then whose is it? If a divine being gives you a brain-freeze or a smack on the head every time you think about something bad, then you’re not even a fully functioning being anymore.

You could protest here, I know. You could say “but God, stop the bad thoughts only”. And what most people mean by that is “God, stop the bad people but leave me alone!” Or should there be an invisible heavenly police force that subtly foils every crime at the start? Like for example the criminal slips on a banana peel on his way to commit the crime? Is this the level of intervention we really want? This brings me to another question. By whose standard do we measure “bad”? Mankind’s standard, or majority opinion seems to change every once in a while. Just a little over two hundred years ago the majority of Americans thought that slavery was alright. Is it alright now? And you need to realize that half the things you hold dear now, will be foolishness to your grandchildren. You’ll hear “C’mon grandpa, take it easy; you’re just too old fashioned.” So where does that leave us? God’s standard? When it comes to God’s standard, believe me we’d have to be zapped with a lightning several times a day. But God knows that this is not the way to go…

I’ll show you the way God chose to go. I’ll tell you a story which I heard from a Christian minister. One day he received a news report from a Christian youth worker from South-East-Asia. It’s a gruesome story, but you’ll get it in the end. Some militant Muslims went to a village where the people converted to Christianity. They rounded all of them up and picked out a fifteen year old boy and stood him in the middle. Bunch of cowards with machetes against a young boy! They demanded that he denies Christ or else they kill him. The boy wouldn’t, so they chopped one of his arms off. They demanded again that he denies Christ. The boy wouldn’t, so they slit his belly. He fell and died in front of the village. I won’t get into more details now, but the rest of the people escape somehow, and the Muslims leave.

Where is God now? Why did he not intervene? As far as the boy, I tell you, he knew something most of us don’t. Do you remember Jesus’ crucifixion, how they mocked him? “If you are the Son of God, come down the cross and save yourself!” This is how natural man thinks: “save your skin!” But Jesus was onto something more…

So, the story continues: the government of that South-East-Asian country heard about the atrocity and clamped down on those militant Muslims. They said, this went just too far and to punish them, they cut them off of all trade, isolated them and left them there to die. Most western Christians would say now “Yes, they deserve it! This is the judgment of God!” But the pastor of the village where the boy died, thought differently. He said “No, this is just not right! We cannot let them die like rats in a cage!” So, they smuggled food into the Muslim village to save their lives. Can you imagine how this act of mercy was burning in those Muslims’ hearts? There was no way they could reject the Gospel after that!

Did God intervene after all? I sure think so! God intervened through the bravery of a boy, and through a man who understood the heart of God. God intervened and impacted the hearts of those who used to be killers, so they wouldn’t hurt and kill anymore. You may temporarily manage a situation by a brain-freeze or a slap on the hand, but you will never heal the Earth like that. Jesus was onto something more than saving his own skin. By his sample he showed us that laying down our own lives and loving our enemies is the only way this World would ever change. In most cases it doesn’t have to be this dramatic like in the story above, and we don’t all have to die like martyrs. But if we don’t decide to become instruments of peace, we’ll just perpetuate the vicious cycle of “hurt and be hurt”. We’ll be dodging bullets all our lives and hope none of them will hit us, and all the while pointing our finger at God why he didn’t intervene.

Evil must be overcome by good, and God expects people to care enough to take a part in it. God does intervene, and many times saves miraculously – there are many stories to prove that, even secular ones. But it’s all because somebody was willing to pray, or say something, or do something! We see ourselves too separated from God, whereas God created us in his image and gave us the earth to take care of. God works in cooperation with you, not instead of you. You can move the hand of God!

Photo by Philippe Donn from Pexels