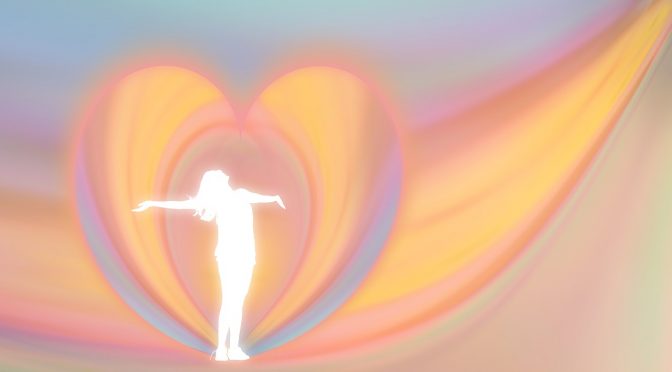 According to New Age philosophy, Christ is an inward state of awareness and divine being that can be accessed by each person. Christ is ultimately who we are, and our true nature is union with God. Christ is a nature we tap into in our purest, formless state of being. Christ consciousness is a state of realizing that one is as Christ was – unified with God. So, Jesus actually became Christ by realizing that he was God at his innermost core. Therefore we are all God, we just haven’t realized it yet.

New Age teaching is quite subtle because it imitates truth very closely and that’s when something is the hardest to discern. I have to say, there is a lot of truth to Christ consciousness, but just the way it’s obtained is how it differs from true Christian teaching. Many New Agers actually think that the Apostle Paul was a mystic and he taught Christ consciousness the way it’s described above. If you don’t read the totality of what Paul teaches then yes, you can easily come to this conclusion. So, let’s see what he said. Paul taught that “we have the mind of Christ” and that we are to “grow up into the measure of the stature of the fullness of Christ”, and also that “we are complete in him (Christ)” meaning that there’s nothing missing to our divine nature. And I have to add that both the Apostle Peter and John said similar things, so this is not just Paul’s unique way of teaching Christianity, but this was commonly understood by the early church. John says that “as he (Christ) is, so are we in this world”. Paul goes on to say that we need to “be transformed by the renewing of our mind”, meaning we need to realize this awesome truth.

Now if you take these passages only, you can easily conclude that there is no difference between early Christian teachings and the New Age. The core issue though is the following: New Age teaches that divine nature is in-born, Christianity says it’s received. Paul makes it very clear that not everybody is “in Christ”. He says: “IF anyone is in Christ, he is a new creation”. And that our human nature once was an enemy to God’s nature, but “we were reconciled to God through the death of His Son”. Reconcile means “to make friendly again” and “bring into harmony”. And this is not naturally in us. It was accomplished through Jesus’ death.

I will write a little more about this further in the article, but I’d like to point out something else first.

This physical world is an expression of the metaphysical one, which sort of powers it all from beyond. Many people don’t like to see it that way, but yes, there is good and evil, light and darkness, and they are at war. Just an interesting medical discovery I heard the other day even proves this: healthy cells are full of light, and cancer cells are full of darkness. The prophet Isaiah had a vision about Lucifer, how he fell because he said in his heart: “I will be like the Most High”. Satan doesn’t hate God’s attributes. He envies them! He just couldn’t accept it that those attributes were given to him by God. He made a statement “I can be like God, even without him. I am already God, he doesn’t have to give me anything”. The metaphysical world – both light and darkness – try to influence this physical world and try to find expression in human beings to show off their nature. Both God and Satan try to spread their ideology and see who will receive which. You have a mental disposition which is attracted to either one of these two views:

The good news is that you have a will and you have authority and capability to change your mind. So you are not stuck in either of these views.

The reason I wanted to point this out is to show that the “I am God and I am already Christ” ideology comes from somewhere. This nature has a root, and it’s not good.

YOU WILL NOT SURELY DIE

Another ideology that fuels the New Age thinking is this: “nobody defines for me what is right and what is wrong; I do it for me, and I will be just fine.” The story of Adam and Eve repeats itself over and over again. People fall for the same thing to this very day. We can attest we have free will, because we have a choice. The environment that provides choice, automatically gives way to free will also. So God gave us a tree which we can either touch, or touch not. God gave us a path but we can deviate from it if we want to. But the instruction says “if you do, you cut yourself off of life support”. It’s not because God is mean and tyrannical, but because he is the only LIFE that exists. God equals LIFE! Outside of LIFE, there is no other life. Outside of LIFE, there is only death. The law of polarity proves that. There is life and there is death and there is no third option.

But a lie crept in: “you can eat of the apple and you will not surely die”. The serpent is trying to find expression of his nature through a human: no, it’s okay; you will not die. Satan says you don’t have to follow God’s instructions, you don’t have to do the way he suggests and you will be just fine. Don’t worry about life, because it’s already in you. Again, this ideology comes from somewhere. You didn’t come up with this. It’s being expressed through you.

I would like to clarify it here that just because we don’t think 100% purely like God, it doesn’t mean that we’re evil or demonized. Discerning truths from lies is a long learning process and whichever we believe it doesn’t necessarily reflect on our overall being and demeanor.

OUR RIGHT-STANDING WITH GOD

As humans, we are a three-part being. We have a body, a soul and a spirit. The body is obvious. The soul is the realm of your mind and your emotions. The spirit is what gives life to it all. God is a spirit. He deals with us and looks at us on the spiritual level. God’s spirit is the only spirit that is 100% pure, holy and sinless. He is not selfish, so he’s actually very happy to share his spirit with us. This is why we can be unified with God in our innermost being and this is why we can have the mind of Christ. But this fantastic state of being had to be earned for humans somehow, it doesn’t just come automatically. Free will got us into trouble so somebody had to fix it for us. This is why God decided that he will put on a human body in the form of Jesus, so he can earn the right for divine attributes for humanity. Jesus was both fully God and fully human in the same time. Jesus the man achieved perfectness, therefore he earned it for all humanity. This is why he has the right to distribute it freely. This is why he is the way to God and righteousness.

The human will is one of the most potent things in the universe. God gave us free will and even though He’s almighty, He can’t do anything about it. Your will can propel forward or hinder the will of God. Now don’t misunderstand, God does get his will done one way or another. If not through you, then somebody or something else. That’s why He’s God, because He can figure this out. You’re just getting a chance to be a part of this. God has His ways to get things done, because He’s a genius, but on an individual level, your will can be a deal-breaker. Therefore, God is after your will. He wants you to recognize and acknowledge that it is He who gives you the divine nature. Your will needs to make a conscious confession that without God, you would be nothing; that without God, there would be no life in you. So, He practically brings you through a test; sort of a submission of your will to His. An acknowledgment that He’s your Lord and no other. If you claim that the divine nature is already in you when you’re born, you basically circumvent this process, kind of like trying to get away with it. Like having a baby without the birth.

This is why God put on a human body in the form of Jesus, so a human could earn a right-standing with God. No human could have done that, God had to earn it for man to have the potential to be holy. Since Jesus earned it, he can distribute it. We get so hung up on the person of Jesus, but we should realize that Jesus is a phenomenon. Jesus is the acid test for humans. Accepting or rejecting Jesus is your way of telling God whether you willingly and consciously want to be a part of Him. As a human, you were created by Him. But to which direction your will is going, has to be created by you. Without your will, you’re nobody. You set the course of your will for the rest of eternity. And it has to go through this birthing process. It’s easy to say it was done before you were born. No, God wants to hear you ask it from Him. So, He set up a way, that through Jesus you can do it. God won’t let billions of unsubmitted wills let loose in the universe for eternity. He had to come up with a way of ensuring that your very potent will is on His side.

Image by Gerd Altmann from Pixabay

2 thoughts on “NOTHING NEW ABOUT THE NEW AGE”