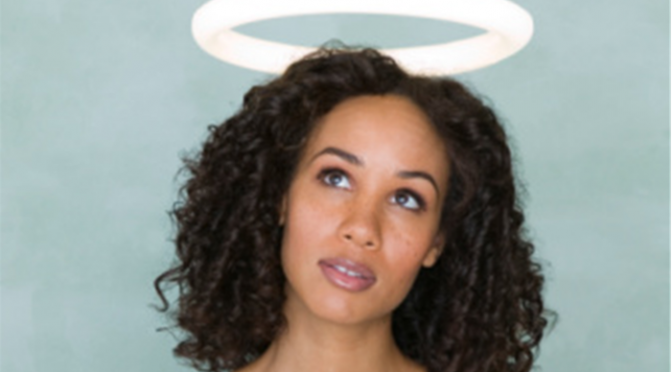 Have you ever loved somebody deeply and intimately? A mate, a parent, a child? Now, that is a perfect sample of what our relationship with God should be. Jesus actually said that we shouldn’t call anybody father, because our real Father is in Heaven. That is not to disrespect our earthly parents, but to understand that we have a heavenly Father who loves us more than any earthly person can.

The Bible actually states that “God is love”. How can you have a rigid religious relationship with a Being who is defined as the big capital “LOVE” itself? You can’t and you shouldn’t! Once you understand and get a grasp on this, you’ve achieved everything God actually wants from you. It doesn’t really get more complicated than this. If it does, you stepped over into religion already. I don’t think I have to keep on going on about what a true loving relationship is. This physical world was designed after the spiritual realm that exists beyond what we see. God really made it easy for us to understand who he should be to us by letting us experience love with specific people in our lives. If you are just as comfortable with God as you would with your close loved ones, then bingo, you got it. God is after your heart; none of those outside appearances interest him.

With a close loved one you can’t pretend. They see right through you. Religion tries to buy God off somehow with some performance, so they can avoid the intimate stuff. Religious people feel that they owe God something, but they want to do it on their own terms and offer what God hasn’t asked for. Cain and Abel are a perfect example for this. Cain believed in God, but he was religious. He wanted to offer something to God that was the result of his own work. But that’s not what God asked for. So Cain got mad and killed his brother because Abel did exactly what God was after. Cain wanted acceptance from God, but he wanted it his own way. Religion is only interested in itself: “That heart-stuff is just too intimate. I pay my dues God – but my way – and then leave me alone.” And when religion gets exposed it goes as far as killing the thing that exposed it. Cain killed Abel, the Pharisees killed Jesus.

Religion is man’s inward need to reach God, but without God. Religion is man’s self-attempt to reach God or reach any sort of spirituality by adhering to a certain set of rules or practices. It’s always encumbered with some rules or regulations that “you have to keep” otherwise God will get mad at you. But if you do them, he’ll like you. This is just so far from the truth! God loves you because of who you are and not what you do for him or even for others. Yes, do good, but not that God would accept you, but because you want to help. Motivation is everything! Religion tries to cover up motivation by appearance, but you can’t fool God. Most people want to keep God in a distance because they think that God is ready smack them for some wrongdoing. Religion always tries to pay for those wrongdoings, but love knows that they’re forgiven. Most religious people are actually afraid of God. But understanding God’s forgiveness just makes you want to draw closer to God and do better next time. Religion always tries to save their own skin and not care much at all, but love tries even harder next time because you don’t want to hurt the one who showed you so much mercy. Being afraid of God is never going to change your heart, but the constant goodness you receive from God, will. This is why God hates religion; because it’s just a surface cover-up operation. In the long run it won’t change a thing. On the other hand intimacy changes you to the core. This is why it is everlasting. Religion doesn’t stand the fire. Religion will accuse God at the first opportunity something goes wrong: “I paid you God, you should at least take care of me!” On the other hand love will keep the faith, which is the essence of any victory.

Religion is a type of self-worship really. When God rejected the Pharisees through Jesus’ words, they shut the mouth of God up by killing the messenger. This is how blind religion can get and this is how far it can go. Religion worships its own deeds over truth. Regardless of what spiritual path you’re on, if you’re not connecting your heart with the Creator of Life, you are in religion! Yes, there is such a thing as growing in the knowledge of God, and it takes time and effort, but it stems from your relationship and not from diligent study. The study you do just gives you the initial information which is also necessary, but your meditation on it is that makes it alive. And that’s what God wants: alive! True God worship is not a religion and should never be called that!