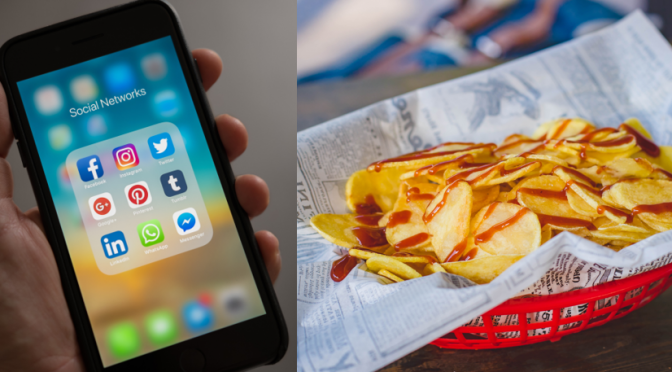 I find it more and more true that we live in an increasingly polarized world. There is so much division over almost every issue. There are artificially created boxes people are being put in depending on their views, opinions and beliefs.

I have no problem with differing in opinion, and I’m not saying everybody on Earth should be thinking the same way. That might actually be quite boring. What I dislike is that people don’t seem to pay attention to detail anymore. There is so much information bombarding us every day – I know, it’s not easy. But what I find alarming is that many people don’t seem to be able to dissect issues, thus end up generalizing way too quickly. “If you don’t think this way, you must be thinking that way” – goes the general verdict. Everything seems to be black and white; you’re for us or against us; there is no middle ground. We are boxed in and stigmatized in a matter of minutes.

Just this morning, I found an article called “25 of the biggest failed products from the world’s biggest companies”. I have to tell you honestly, I never heard about most of these products, so I’ll post here two of them, just for interest’s sake.

File this under “too good to be true”: In the late ’90s Frito-Lay rolled out a miracle food, a line of chips with the upbeat branding of WOW! The marketing claim was tantalizing — a compound called Olestra allowed for a fat-free potato chip.

But, much like the “Seinfeld” episode where supposedly fat-free frozen yogurt led to unexpected weight gain, a secret was bubbling under the surface.

“While it provided the satisfaction of tasting just like fat, (Olestra’s) molecules were too large to be digested by the body, passing directly through the digestive tract unabsorbed,” writes Fast Company. “Sadly, the result was similar to that of a laxative — stomach cramps and diarrhea prevailed.” Assuredly, those consuming the chips were exclaiming “WOW!” for the wrong reasons.

What can be said about the disastrous Galaxy Note 7 that hasn’t already been said? The Note 7 — one of Samsung’s big flagship phones — had a little problem where it occasionally caught fire and/or exploded. There was a car that supposedly was burned down by one. The phones have been outright banned on flights, and Samsung had to recall the entire line. Talk about a self-own!

The Note line, however, persists — the latest version is the Samsung Galaxy Note 8.”

I love chips, and I own a mobile phone. I very much enjoy crunching on some chips some time or another, and although I’m not a great fan of mobile phones, I do take advantage of the use of them every single day. But I’m against a food product that causes diarrhea, and I definitely dislike a phone that might blow up any minute! Does that make me an anti-chips, anti-phone person? No way!

I know this was a mouthful, but this is how my statement is complete and true. I know it takes less effort to simply brand someone a “health-freak” or a “tech-opponent” – “pro-this, anti-that”. But that’s just so divisive! Most of the time there is more to the story. Let’s face it, some products don’t turn out as good as others. You utilize the good ones and discard the bad ones. But that doesn’t make you a “pro-this, anti-that” person. You just make a wise choice and don’t purchase a poor product, but wait for the next model. This is so simple…

Photo by Valeria Boltneva from Pexels